Tuesday the Tiger Baseball team traveled to Mount Ayr to take on the Raiders. Lenox scored one in the third inning and two in the fifth inning, but that was all as the Raiders got the win 13-3 in six innings. Senior Second Baseman Jhordan Montiel had the only hit for the Tigers to go along with a stolen base and an RBI. Danny Ramirez scored two runs in the contest. Keegan Christensen took the loss for the Tigers going 3 2/3 innings before being relieved by Brad Larson. The Tiger pitching due gave up nine hits and struck out three.
Wednesday the Tigers traveled to Greenfield to take on the Wolverines of Nodaway Valley. The Tigers were kept off balance at the plate, and a tough NV lineup resulted in a 12-2 loss for Lenox. Jhordan Montiel extended his hit streak to three games as he notched a triple in the third inning to go along with a run scored and an RBI. Brad Larson and Zach Schmitz were the other two hits for Lenox in the contest. Conner Fitzgerald got the start on the mound and was relieved by Cullen Wood before Samson Adams closed out the game in a pitch by committee effort. The pitching staff threw strikes, but ten errors dug a hole pretty quick that the Tigers couldn’t climb out of.
Friday Lenox traveled to Bedford. The Bulldogs exploded for four runs in the second innings, two in the third, and seven in the fourth to take down the Tigers 13-1 in five innings. Conner Fitzgerald had the lone Tiger hit, and Zach Schmitz scored the lone Tiger run. Cullen Wood started on the hill and went 1 2/3 innings before being relieved by a slug of Tiger pitchers: Conner Fitzgerald, Colton Gordon, and Brad Larson all saw action. The Tigers are on the road at Sidney, Shenandoah, and East Mills before starting post season play Saturday at St. Mary’s against Murray. Tiger Pride. 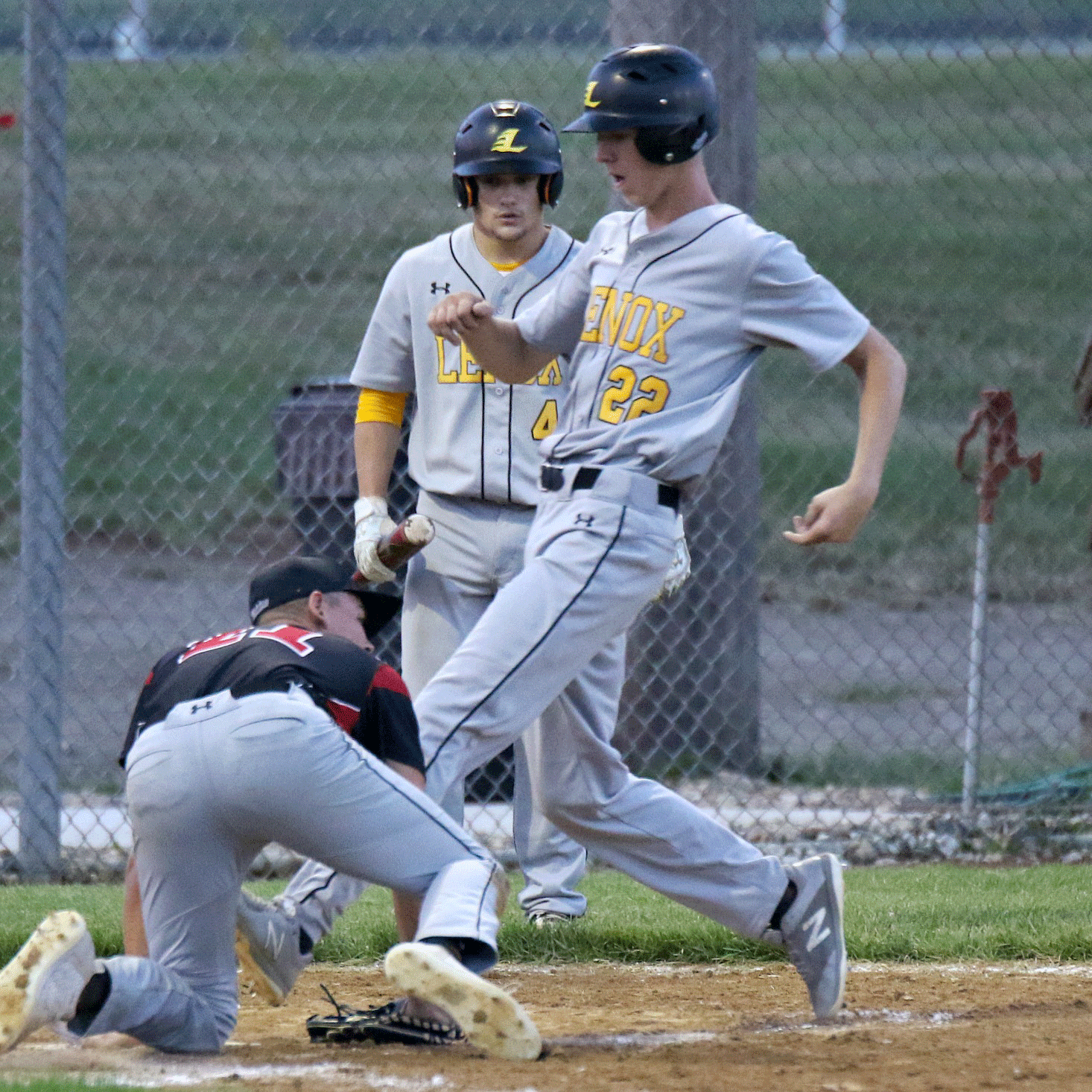 Keegan Christensen scores the Tigers’ 3rd run of the game against Mt Ayr in the top of the 5th inning. (photo by Meg Barker) 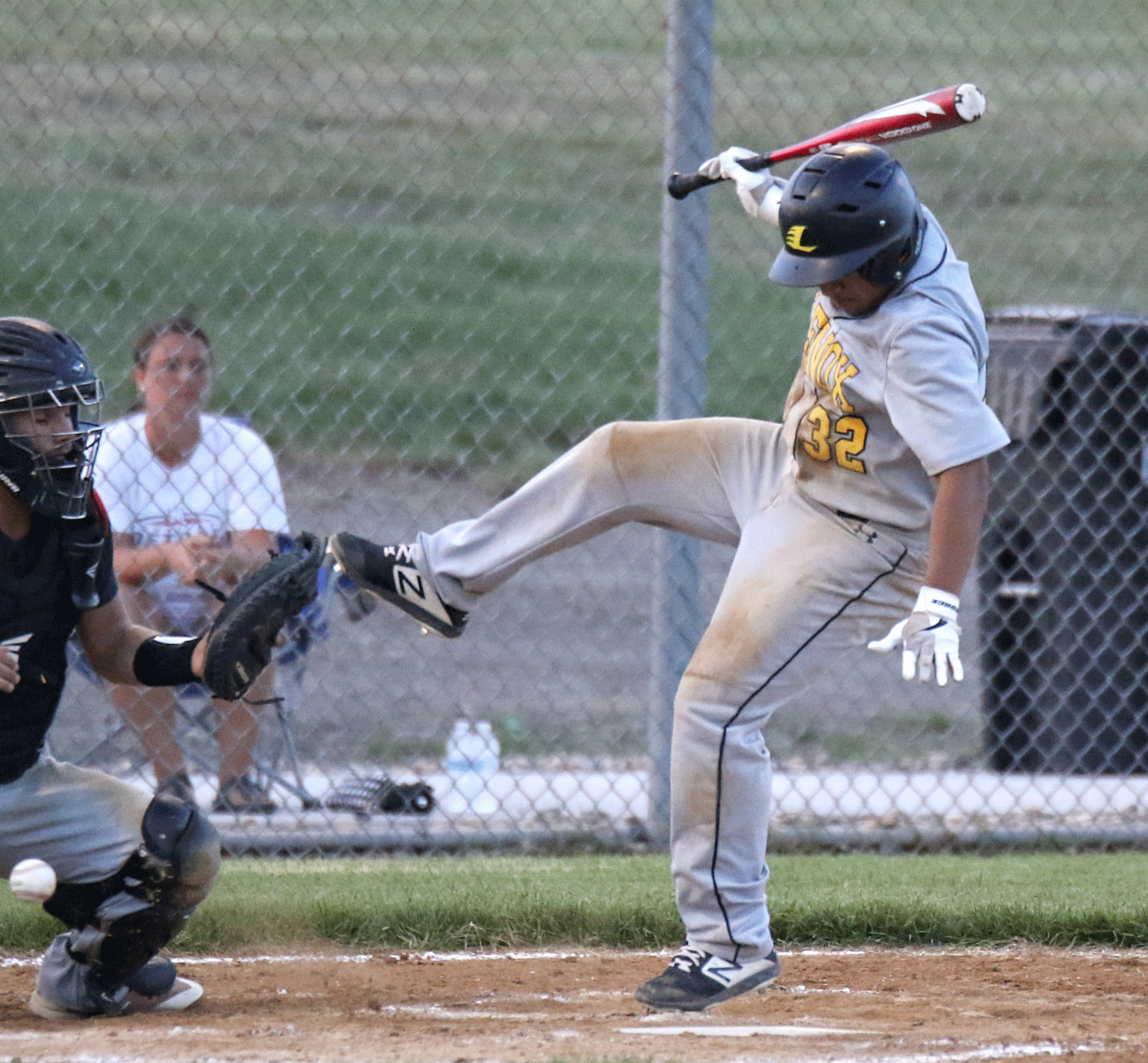 Danny Ramirez reacts to being hit by a pitch in the 5th inning of the Tigers’ game at Mt Ayr. (photo by Meg Barker) 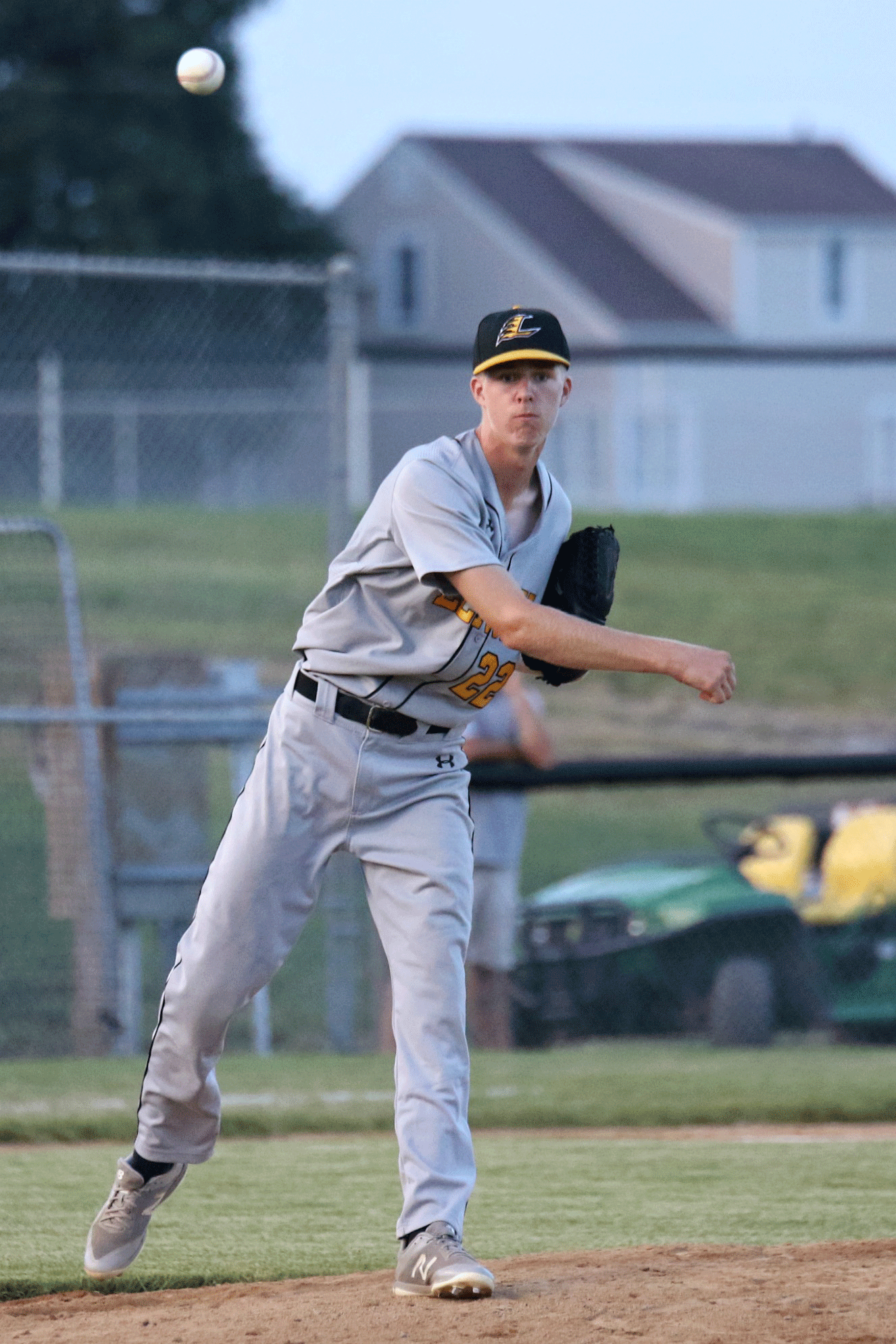 Keegan Christensen throws to first for the force out in the bottom of the fourth inning against Mount Ayr. (photo by Meg Barker)