By Tyler Peterson
The Lenox Tiger boys basketball team was in postseason action twice this past week. On Tuesday the Tigers welcomed Pride of Iowa foe Southwest Valley to Lenox in district first-round action. The Tigers had beaten the Timberwolves twice earlier in the season 54-49 at home, and 53-48 on the road creating plenty of anticipation heading into Tuesday’s matchup.
The Tigers and Timberwolves battled back-and-forth in the first quarter that ended with a 14-14 tie. The second quarters saw improved scoring from both teams, but Southwest Valley proved to be more efficient in the halfcourt offense to take a slim 34-30 lead at half. The Tigers regrouped in the locker room, and came out firing on all cylinders scoring 21 points while holding Southwest Valley to just ten to take a 51-44 lead into the final quarter. The fourth quarter was all Lenox as the boys scored 23 points and held the T-Wolves to just eight points to take the first-round victory and advance with a final score of 74-62. A tremendous second half performance catapulted the Tigers to the next round while sending the Southwest Valley Timberwolves home with a final 2020-2021 record of 7-14. 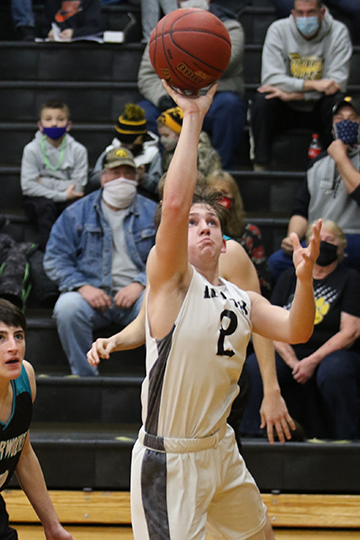 Walon Cook scores in the 4th quarter of the Tigers’ win over SW Valley. (photo by Meg Barker). 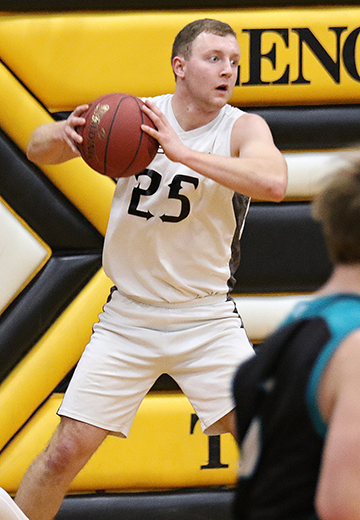 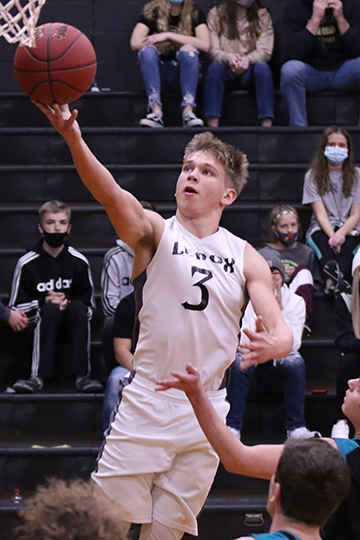 Isaac Grundman led the team with 20 points, including this first quarter layup in the Tigers’ district win over SW Valley (photo by Meg Barker).

Thursday the Tigers were set up with a tough match-up against number three rated, undefeated, Martensdale-St.-Mary’s on their home court in Martensdale. An impressive shooting night for the Blue Devils created a game that seemed to see every shot go for them which in turn created a hole the Tigers were unable to scrap their way out of.
The Tigers closed out their season with a 45-83 loss.

The Tigers finished the season with a 12-11 record. Although it was not what our young men would’ve hoped for it was a great season that saw more wins than the last two years combined, and the most wins since the 2015 season. Tiger Pride!