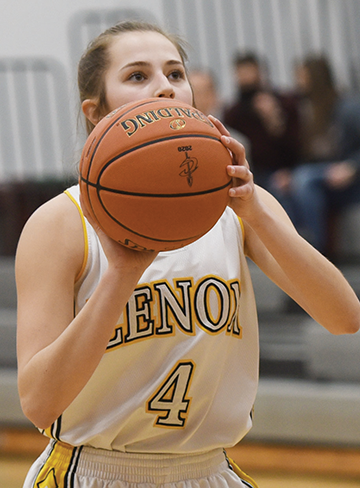 McKinna Hogan adds to the Tigers’ lead over Moravia from the free throw line in the 4th quarter (photo by Meg Barker). 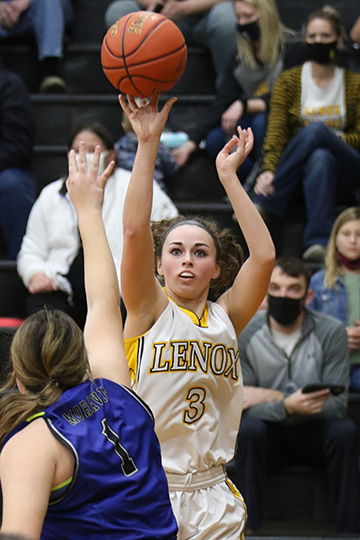 TJ Stoaks scores in the 3rd quarter of the Tigers’ 66-40 2nd round regional win over Moravia last Tuesday. (photo by Meg Barker). 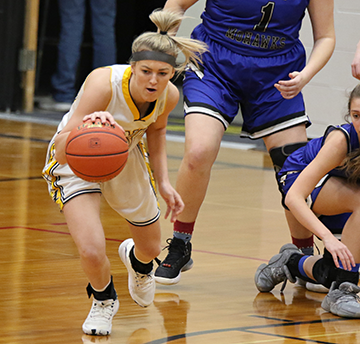 Cassidy Nelson with one of her game-high 7 steals in the Tigers’ 2nd round regional win over Moravia.  Cassidy currently leads the team and is 3rd in the state with 120 steals so far (photo by Meg Barker).

By Tyler Peterson
The Lenox Tiger girls basketball team has once again made history this season by advancing to the Regional Final game as well as achieving 20 team wins. Lenox girls basketball hasn’t had 20 or more wins since the lone state tournament appearance in the 1997-1998. That’s right… We have seen five new presidents in the White House, Coach Maddison Haines was just learning to tie her shoes, cell-phones were in a bag, and Coach Jesse Cox had not yet started his career in coaching at the high school level! What an accomplishment, but if you ask any of the young ladies that are on the team they are not finished. “One more step…” Senior Tyra Stoaks remarked after a big win over Sigourney on Friday evening at Clark High School. Their goal has been clear all season: Finish at Wells Fargo.
Tuesday the Tigers were in action at home in second round regional play against Bluegrass opponent Moravia. The Mo-Hawks advanced to play Lenox after beating Seymour in the first round. The Tigers jumped on Moravia from the opening tip using their speed and fast break abilities to take a 18-10 lead at the end of the first quarter. The Tigers then matched their 18 points from the first quarter while allowing eleven to Moravia to head into the break up 15: 36-21. The Tiger defense stepped up in the third quarter allowing just six points by keeping the Mo-Hawks out of rhythm in their halfcourt offense, and extended their lead 52-27. In the fourth quarter a Moraiva senior led them to their best scoring quarter, but once again the Tigers had an answer for every basket they gave up.  The Tigers finished victorious with a final score of 66-40.

The Tigers (20-3) now travel to Winterset on Wednesday the 24th in a Regional Final game against the #1 seed 22-0 Exira-EHK. Winner advances to the state tournament in Des Moines at Wells Fargo Arena next week. One more step; Tiger Pride! 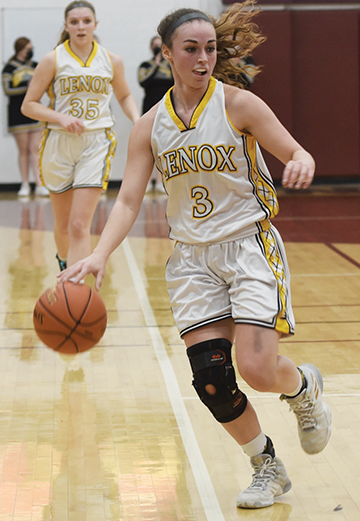 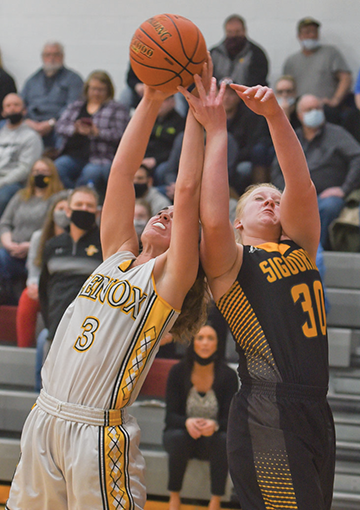 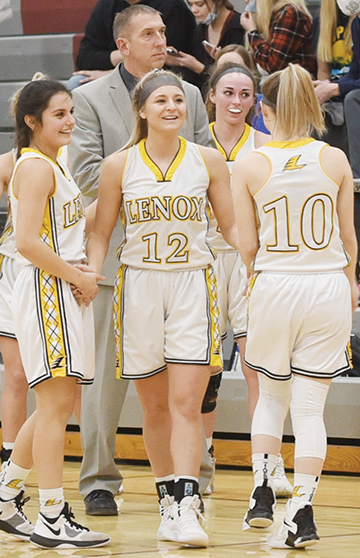 Lenox Tigers Brooklynn Ecklin, McKinna Hogan, and TJ Stoaks are all smiles after their Friday night win over Sigourney. (photo by Colleen Larimer). 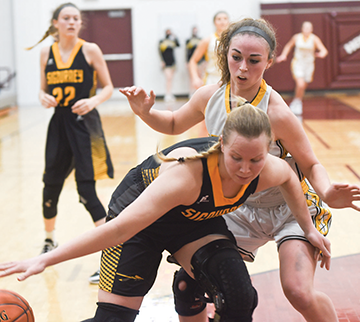 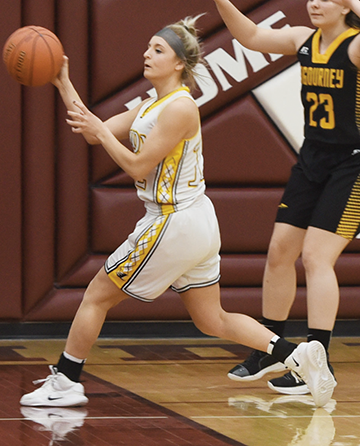 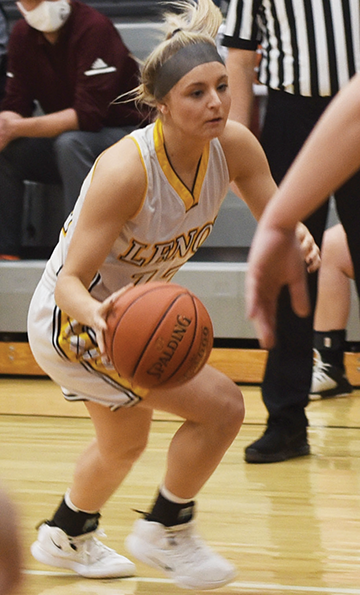 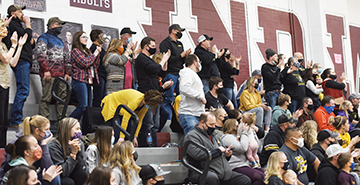 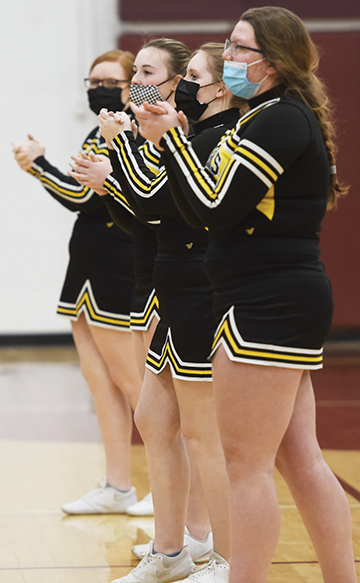 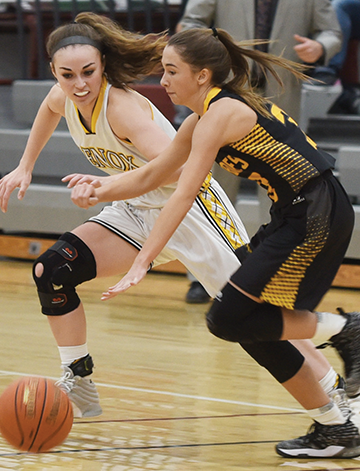 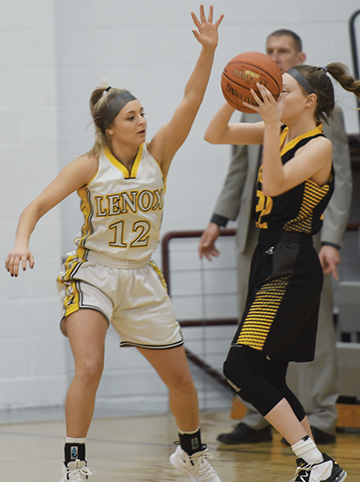 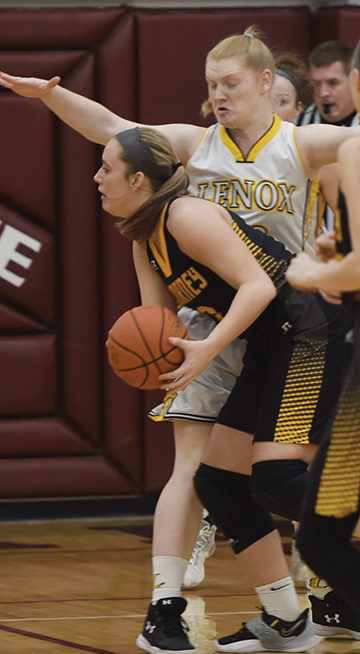 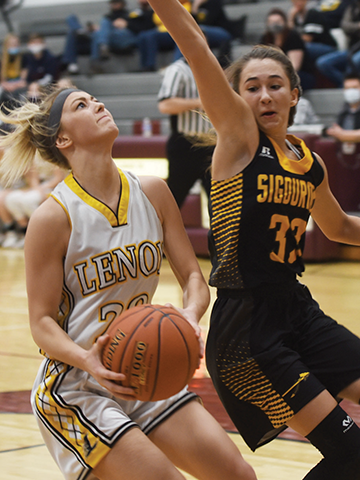 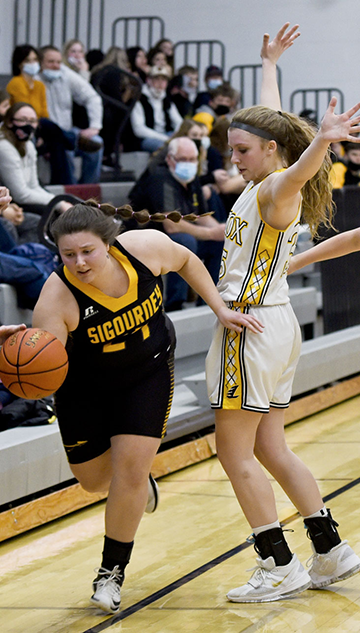