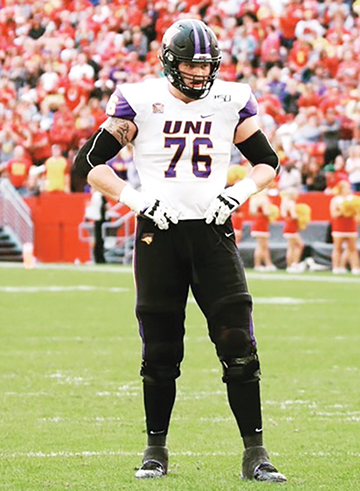 Spencer Brown traded in his UNI Panther jersey for a Bullalo Bills jersey after being the 93rd pick in the third round of the NFL Draft on Friday night.
Brown, a 2016 graduate of Lenox, played for UNI. He declared for the NFL draft in August of 2020 and then spent from August through March at a training camp in California under Joe Staley. He was invited to play in the elite Senior Bowl in January of this year.
Spencer spent the last week at home in Lenox and celebrated with family and friends when the call from the Bills came in and the announcement was made on national television Friday night.
Congratulations Spencer and good luck on your next journey in life.