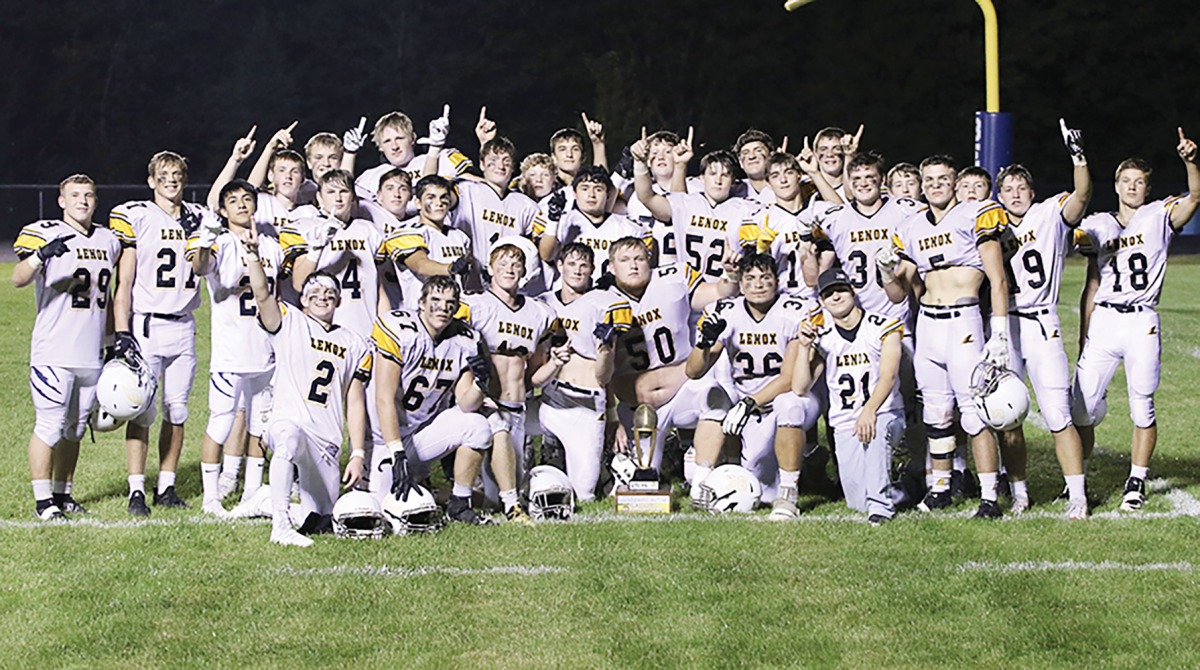 The Lenox Tiger football team with the Back Forty Battle trophy after their 54-12 win at Bedford Friday night. (photo by Meg Barker)

By Tyler Peterson
The hay stays put for the fourth year in a row as the ‘Back-Forty Battle” was close early on before turning the Tigers way in the second half for a final score of 54-12 Tigers.
The Tigers struck first on a rushing score from junior running back Isaac Grundman to lead 8-0 at the end of the first quarter; fellow junior fullback Xavier Adamson found the endzone in the second quarter to give the Tigers a two score advantage before Bedford found the endzone on a long pass play, and another rushing score to cut the lead to just four 16-12.
Lenox put together a strong drive to answer the Bulldog touchdowns by converting on a fourth down in their own territory before junior fullback Keigan Kitzman broke free for a 38-yard rushing score to make it 24-12 at half.
The Tigers had something to prove, and did just that in the second half. Coach Cole Bonde’s defense forced a three and out on Bedford’s first possession, and moments later Grundman broke free for a 57-yard touchdown run. The next possession Bonde’s defense struck again with an interception from junior defensive back Walon Cook.
Coach Nardini’s offense did exactly what it wanted, running the ball behind the biggest offensive line in 8-man, and Adamson crossed the goal line for the second time in the game to extend the lead 38-12 at the end of the third quarter.
In the fourth quarter Grundman crossed the 200 yard rushing mark for the first time in his career, and scored two more touchdowns. In between Grundman gallops to the endzone, the Lenox lightning defense struck again when sophomore Dalton Kitzman dropped the Bedford quarterback in his own endzone for a safety. 54-12 final; Tigers. 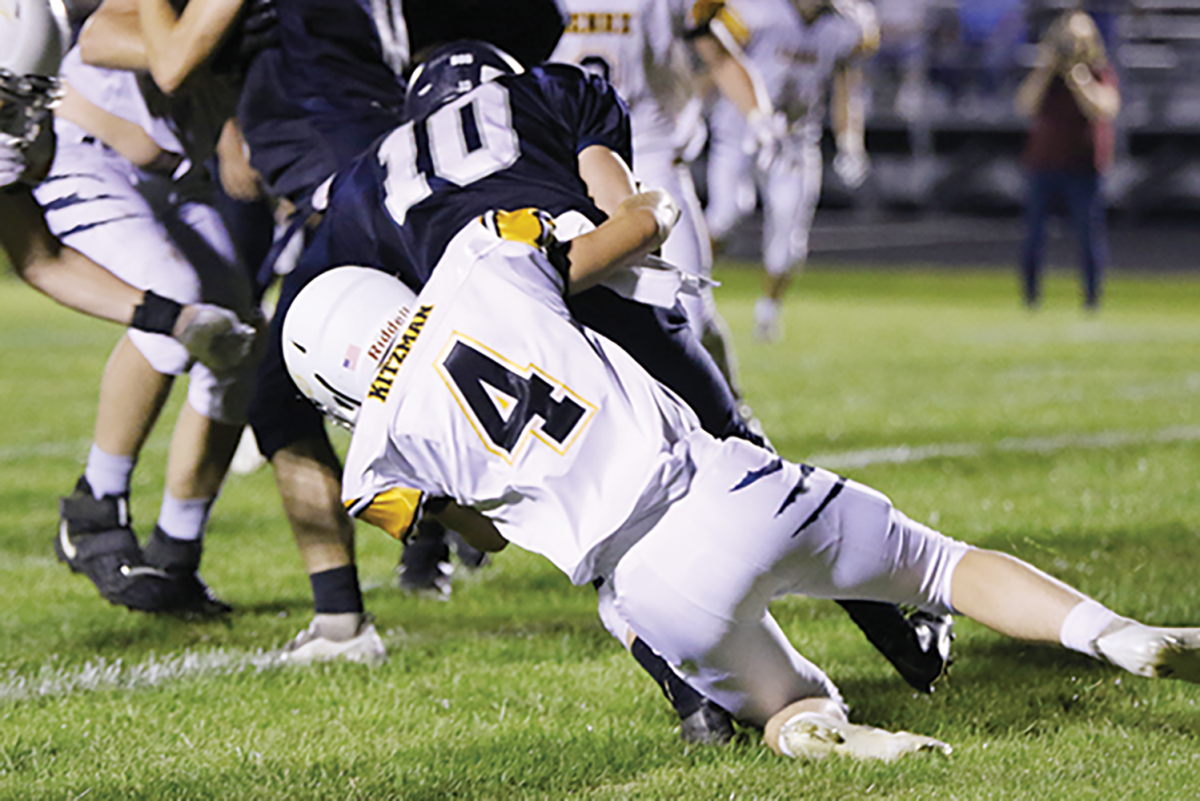 Sophomore Dalton Kitzman tackles the Bedford quarterback in the end zone for the safety. (photo by Meg Barker) 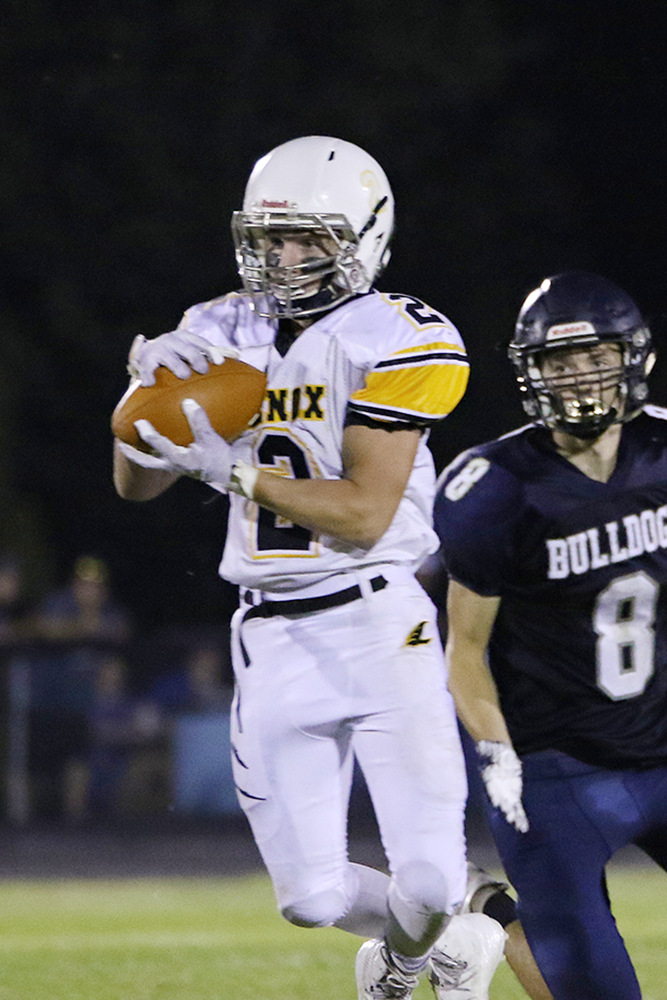 Cross Country is Off and Running