By Tyler Peterson
The Lenox Tiger volleyball team finished up the conference tournament this past week, and are headed to the postseason.
The Tigers drew Wayne in the opening round of the Pride of Iowa Conference Volleyball Tournament. The Tigers, who are playing their best ball at the right time, took care of the Falcons in straight sets,25-17, 25-23, and 25-20 to win the match 3-0 to advance to play the second seed Southwest Valley.
The Tigers ultimately fell to the Timberwolves, but were able to finish in the top half of the conference overall. In the match against Wayne the freshman Sadie Cox had a tremendous match offensively dropping a team high 22 kills with nearly 50% of her hits landing for points.

Next up in the tournament the Tigers fell to a highly touted Southwest Valley Timberwolves team 20-25, 14-25, and 15-25 in straight sets. 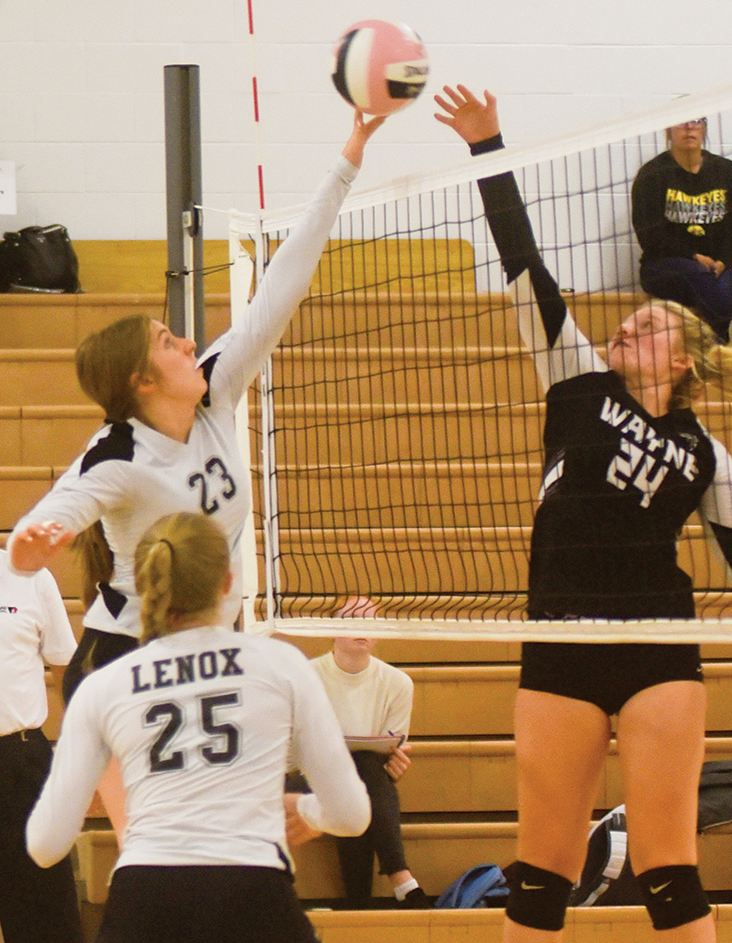 Jynessa Cox hits the ball past a Wayne defender in the first match of the POI tourney. (Photo by Colleen Larimer) 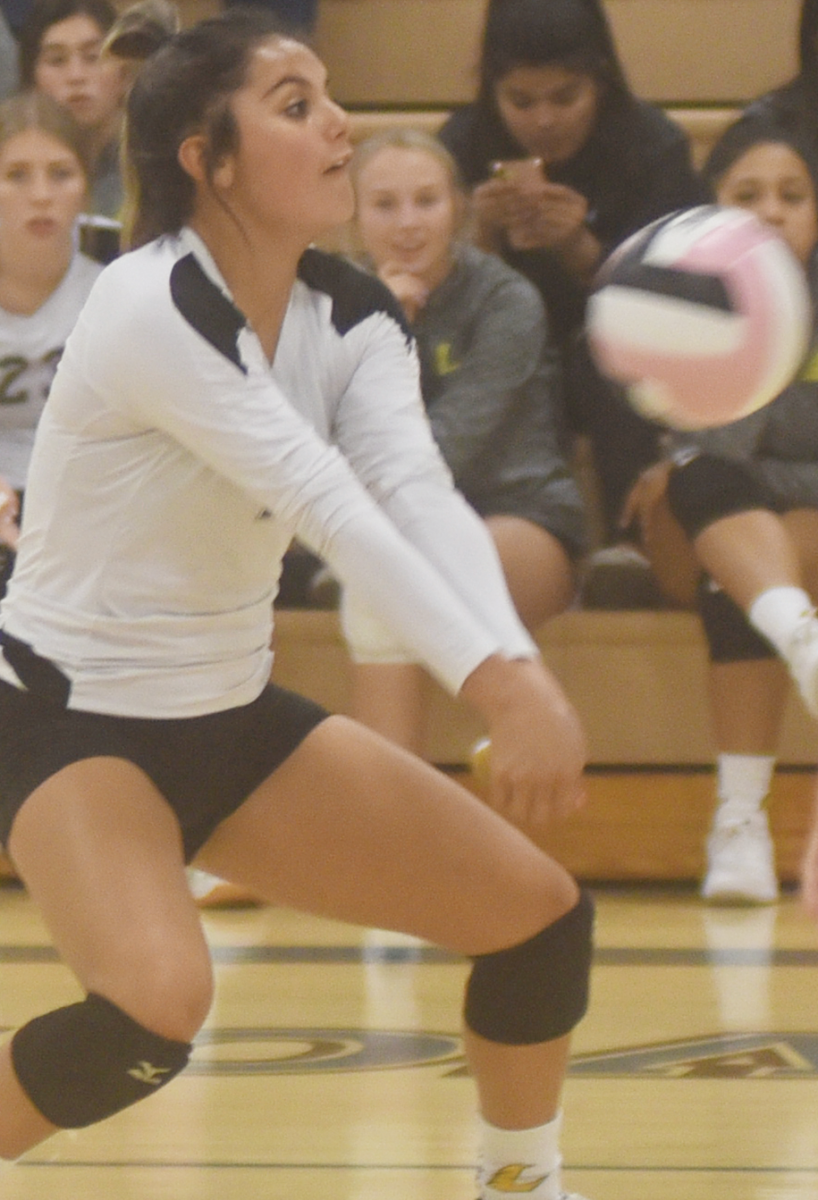 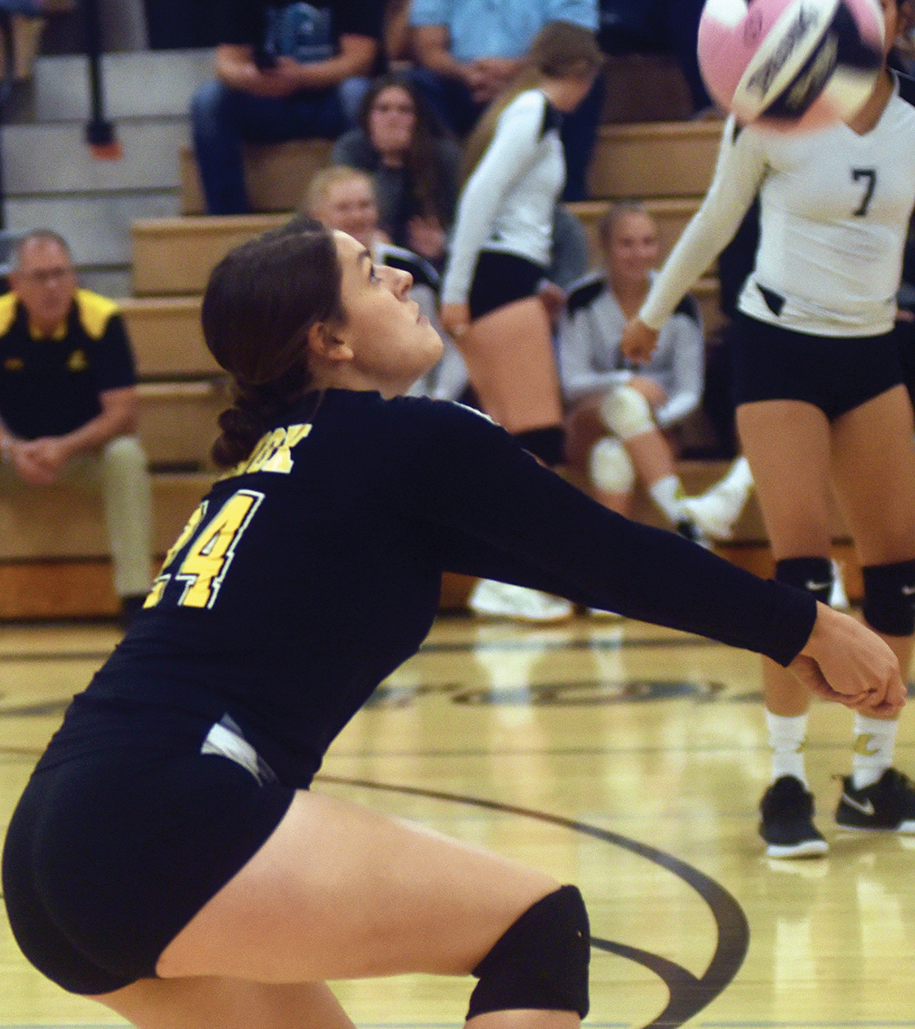 Tiger Volleyball Tacks on a Win