The Lenox Tiger boys basketball team had a three game home stand this week as well that started with a win over East Union, a loss to Lamoni, and a historic win over Nodaway Valley.
Monday the Tigers welcomed rival East Union to town and were in control all night long: 18-6 after one, 37-21 at half, 52-26 after three quarters, and a final score of 67-49.

Tuesday the Tigers fell to the Demons from Lamoni by a final score of 57-39.

Friday the highlight of the week occured as the Tiger boys did something that has never been done; swept Nodaway Valley. In 2002 the Pride of Iowa Conference started and the Tigers have never been able to get the best of the Wolverines until now. As a team the Tigers shot over 50% from the field on their way to a historic win 59-57.

Monday the Tigers take on Stanton the 7th and play East Union again on the 11th. Tiger Pride! 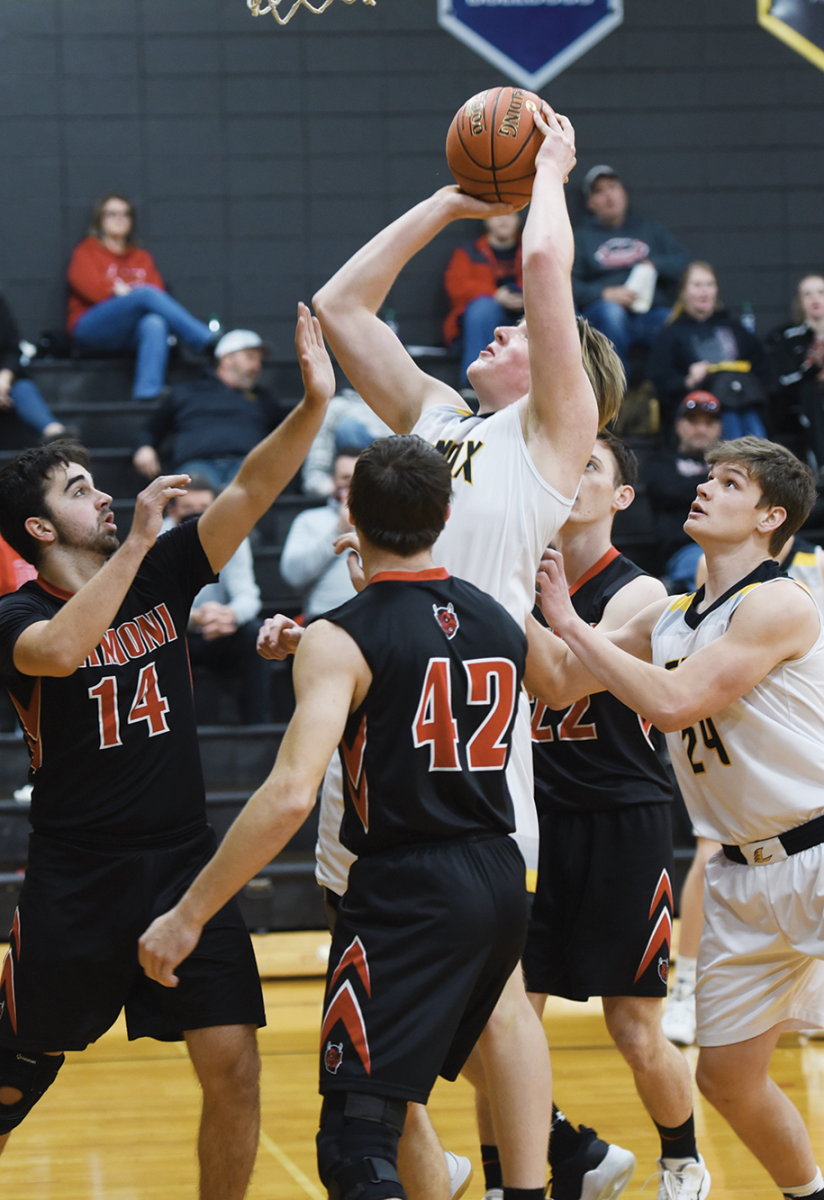 Owen Junker shooting for the Tigers against Lamoni and scored six points for the night. 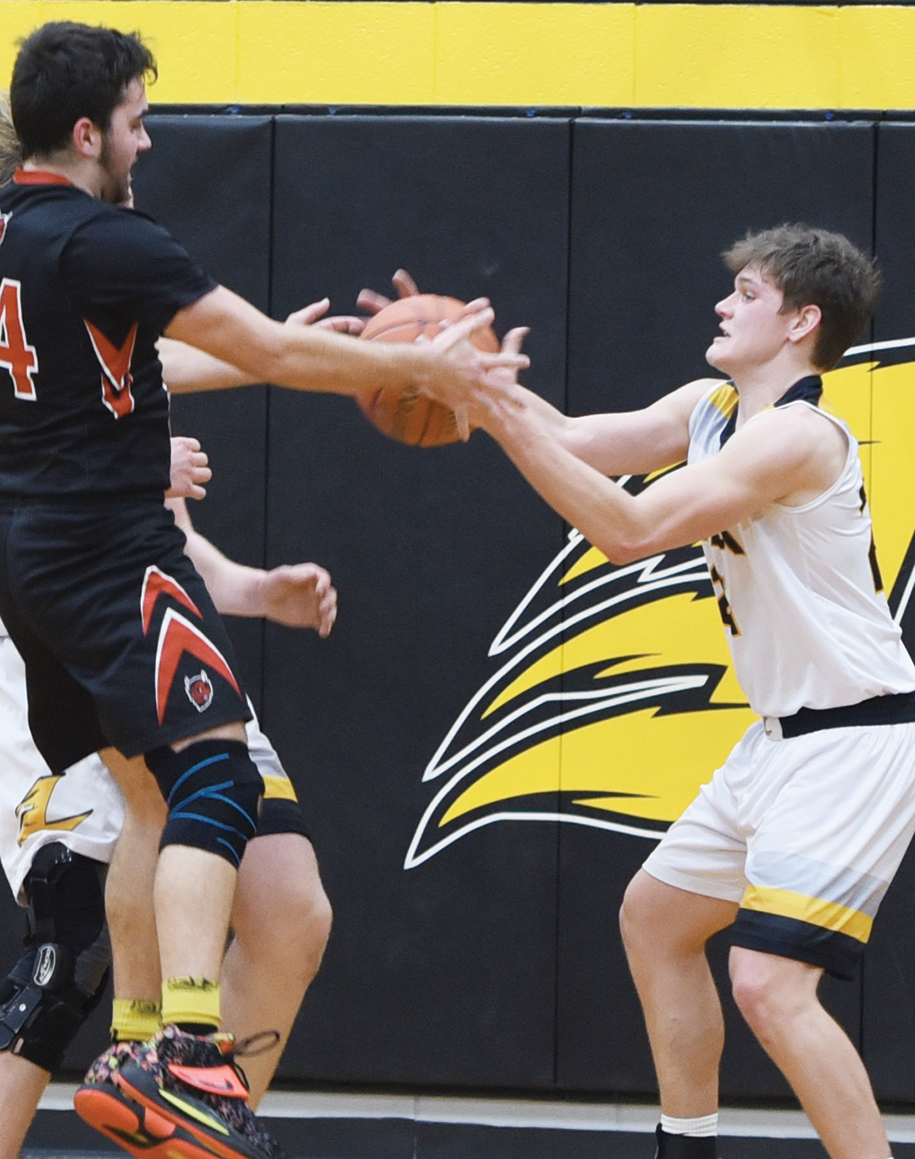 Keigan Kitzman grabs a Lamoni pass to give the Tigers possession. 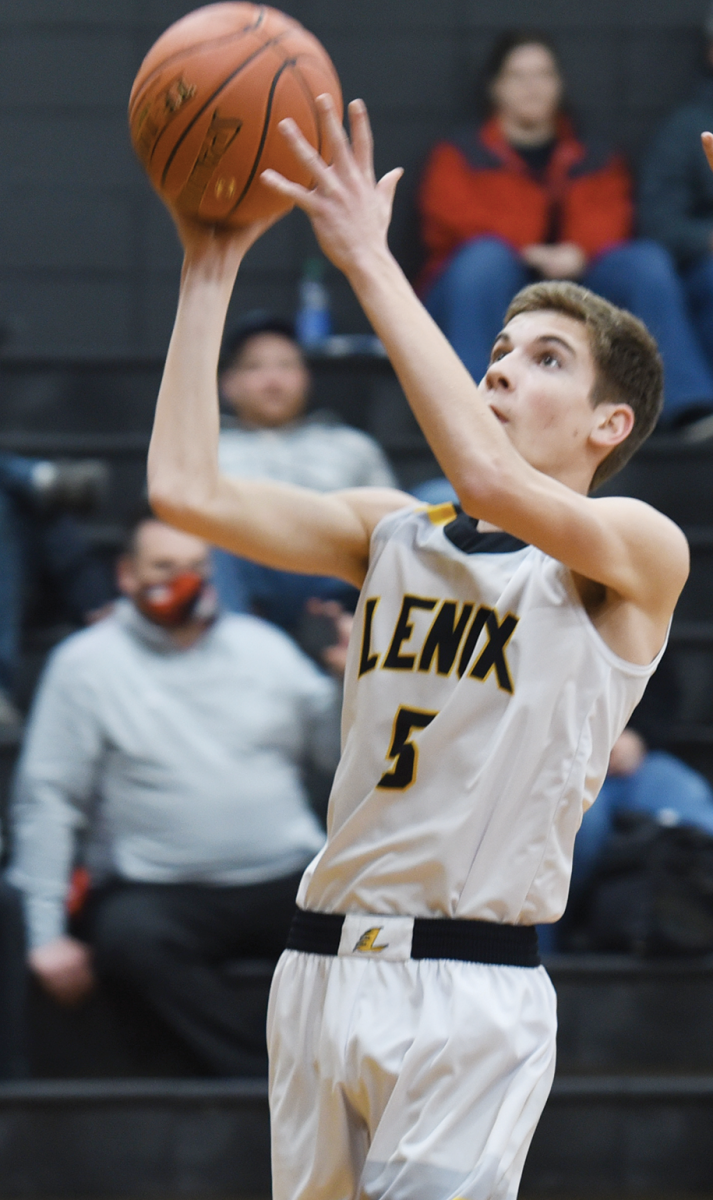