Marilyn Ann Kielty, 81, of Normal, Illinois went home to the Lord on Wednesday, May 25, 2022 at OSF Hospital in Bloomington, Illinois from a sudden illness. Marilyn was born to Rev. Gerald Harley and Francis Genevieve (Riley) Rogers, on July 23, 1940, in Leon, Iowa, the first of three children. After the family move to Corning, Iowa, she attended grade school at Mercer Center #5 and then graduated from Lenox High School in 1958. Marilyn attended Southwestern Community College and received her A.A. degree in Elementary Education in 1960.
During College, Marilyn met Charles Bruce and the two were married on July 29, 1961 at the Lenox Methodist Church. They moved to Cedar Rapids, Iowa and then to Marion, Iowa where they raised their two boys, David Charles and Donald Dean. Marilyn restarted her working career at various jobs in 1971. In 1981, Charles and Marilyn divorced. Marilyn then met Samuel Kielty who helped her through the challenge of being a single parent and they married in the Marion Free Methodist Church on November 23, 1984. Marilyn retired June 25, 2004 after 16 years working as office secretary for Nixon Elementary – Cedar Rapids School District.
Marilyn and Sam lived in Marion, Iowa and then moved to Normal, Illinois. They would travel regularly to their winter home in Mesa, Arizona where they established many connections with good friends. Marilyn loved to sew and quilt, baked the world’s best cinnamon rolls and enjoyed life with family and friends. She also loved playing the piano and could always be found back home in Lenox singing hymns with her parents and brothers; Ron, on the accordion and Frank, on the guitar. Her love for her Lord and Savior was the foundation of her strength and Marilyn’s faith in Jesus was the cornerstone of her love for family.
Survivors include her husband, Sam; children, David (Valerie) Bruce – Marion, Iowa and Donald (Mollie) Bruce – Bloomington, Illinois; step-children, Lisa (Ed) Dahlberg – Athens, Alabama, Steve (Sol) Kielty – Louisville, Kentucky, and Brad (Janet) Kielty – Athens, Alabama; 11 grandchildren and 16 great grandchildren
Preceding Marilyn in death were her parents, Gerald and Genevieve Rogers; brothers, Franklin Rogers and Ronald Rogers.
As wife, mother, aunt, grandmother, and friend, Marilyn will be greatly missed, but we all rejoice that she is now reunited with her family – worshiping and dancing without pain in heaven. She is eternally free because of her Savior Jesus Christ and leaves us with her favorite Bible chapter: Psalms 103
A Celebration of Life Open House will be held at their home in Normal, Illinois on Saturday, June 11, 2022 from 3:00pm – 5:00pm
A Celebration of Life gathering and Interment in North Fairview Cemetery, Lenox, Iowa will be scheduled for early this fall.
Family and Friends can post memories on the East Lawn Funeral Home’s website:
https://www.dignitymemorial.com/obituaries/bloomington-il/marilyn-kielty-10767627 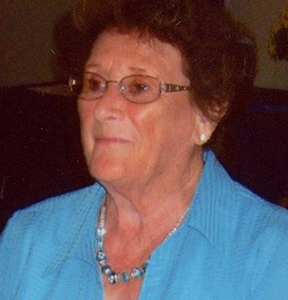