Graveside cele-bration of life services for Allen Miller, who passed away Tuesday, December 6, 2022, in Mount Ayr, was held Friday, at 11:00 AM at the West Fairview Cemetery in Lenox with military honors. Visitation was one hour prior to services at the Ritchie Funeral Home in Lenox. Memorials may be given in his name.    Memories can be shared with the family at  www.ritchiefuneralhome.com.  Arrangements were entrusted to the Ritchie Funeral Home of Lenox, where we ‘Celebrate Life’.
Allen Wayne Miller was born December 12, 1943 the son of Raymond and Edith Marie (Nixon) Miller on the family farm in rural Kent, Iowa. Allen entered eternal rest on December 6, 2022 at the Clearview Home in Mount Ayr at the age of 78 years.
Allen joined the United States Marine Corp in 1960, going to boot camp in 1961 in San Diego, California. After boot camp he joined the Marine Corp Marching Band playing trumpet in San Diego. He was transferred to Okinawa, Japan for one year then returned to El Toro, California. He played trumpet for the Mari8ne Corp Band in the Rose Bowl parade for three years.
Allen married Karen Hanson in 1967 and to this union two children were born, Lauri and John. Allen and Karen later divorced. He was a truck driver all of his adult life and was known as “Big Al”.
Left to cherish Allen’s memory are his children, grandchildren, great-grandchildren, his brother, Harlan Miller along with many nieces, nephews, relatives and friends.
Preceding Allen in death are his parents, Raymond and Edith Miller; four brothers, Don, Dick, Gail, Ed; two sisters-in-law, Jean and Joy and one grandson, Brock.

Allen proudly served his country.
May he be at peace in God’s loving care. 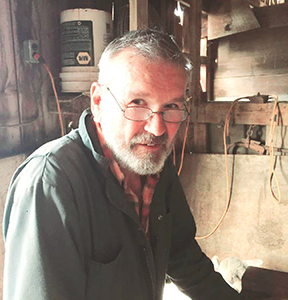