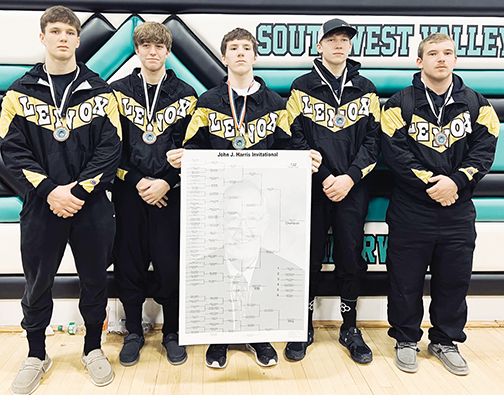 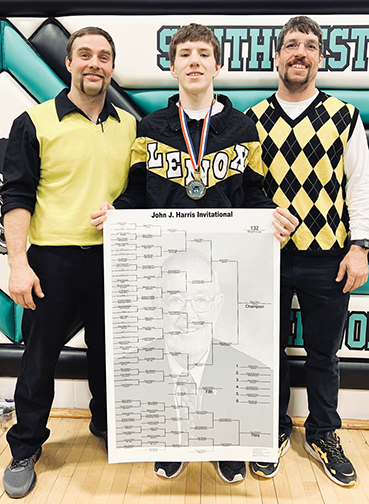 Coaches Jared O’Riley and Wade England are pretty proud of Dylan Stein and his first place finish at the John J Harris Tournament over the weekend. There were 28 schools competing with many of those schools much larger than Lenox. (phot by Ashley Stein) 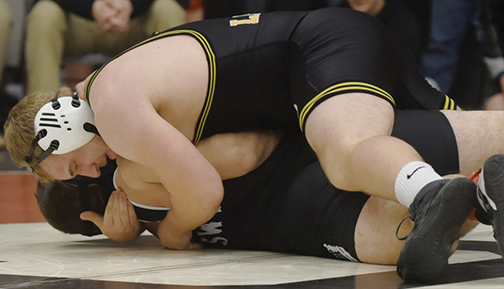 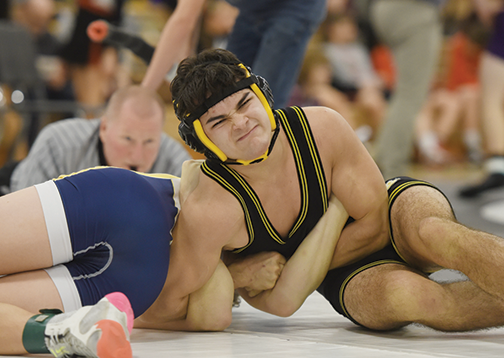 Leo Wardlow has his opponent in a lock trying to get him positioned for a pin. Riverside ended up winning the match 12-2. (photo by Colleen Larimer) 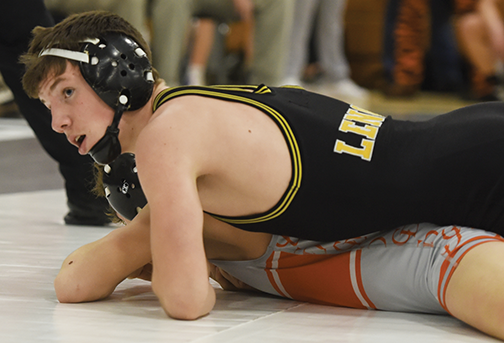 Dylan Stein watches the scoreboard as he wins a 19-4 decision over Central Decatur on his way to a first place finish. (photo by Colleen Larimer) 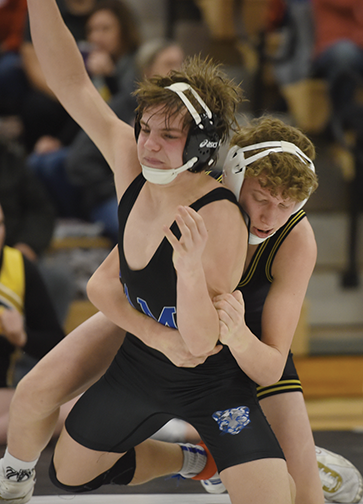 Chase England tries to break his opponent down. He pinned the CAM wrestler in 1:31 and placed sixth at the John J. Harris Tournament. (photo by Colleen Larimer) 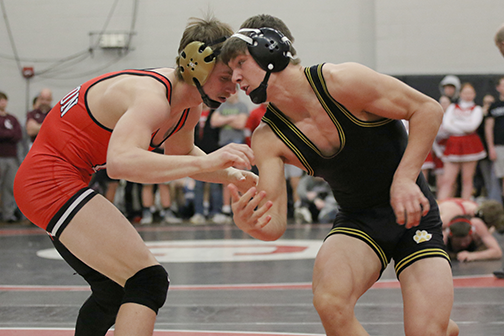 JJ England with the escape in his quarterfinal round Friday night at the John J Harris Wrestling Invitational. (photo by Meg Barker)